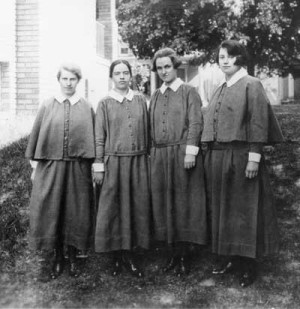 The Medical Mission Sisters are an important religious order that seeks to aid the poor around the world. They were founded by Doctor Anna Dengel on September 30, 1925 and the first three to join were Doctor Joanna Lyons, Mary Evelyn Flieger, RN, and Marie Ulbrich, RN.[1] Dengel formed this new order because of her experience working at a hospital in northern India (in what is now Pakistan), providing medical assistance to women and children.[2] Dengal hoped the order would be made up of women trained as doctors or nurses who would be sent around the world to care for sick and neglect women. Dengal believed the mission was vital because of Muslim laws that prohibited a male doctor from treating a woman unless it was his wife, which left many women without any medical treatment.[3] 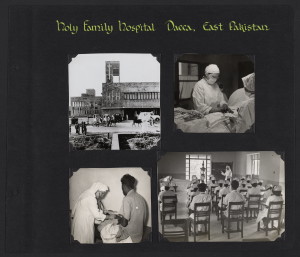 While Dengel saw the use of trained religious sisters as filling the void in India and other countries to care for the sick, there was a major problem. According to Catholic canon law, religious sisters were not allowed to practice medicine or obstetrics.[4] Due to this, when the sisters formed they had to take private instead of public vows and were not considered a full religious order. Despite this setback, the sisters found an ally in Cardinal Dougherty of Philadelphia, who was taken with the mission as he himself had served as a Mission Bishop in the Philippines years earlier. During a meeting with Dengel in 1925, Dougherty gave her a $500 check and sent her another $5,000 a few weeks later to contribute to the building of a hospital in India.[5] Dougherty would play a large role in the history of the sisters as he petitioned the Catholic Church twice, first in 1929 and again in 1935, on behalf of the sisters to have the canon law changed. The 1935 petition was successful so that in 1936, the sisters were finally able to be a full religious community and practice medicine.[6] It was shortly after this that the sisters moved their headquarters from Washington D.C. to Philadelphia at the request of Cardinal Dougherty. [7] 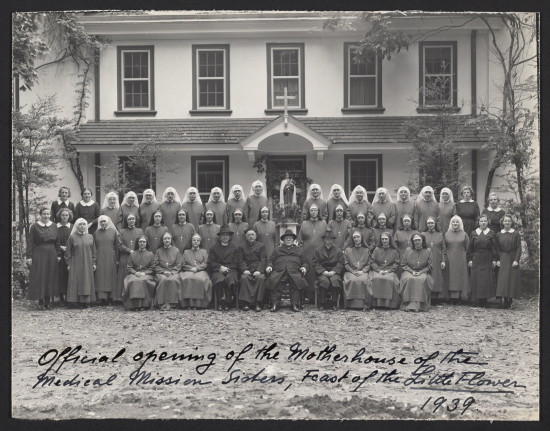 Now that the Medical Mission Sisters were officially recognized, they began to grow quickly in both membership and service locations. The sisters built more hospitals in India and Pakistan as well as opened missions in Holland, Indonesia, the Gold Coast, and New Mexico.[8] Indeed, by 1950 there were over 300 sisters serving in 16 different locations around the world.[9] In the year 1944 at Holy Family Hospital in Rawalpindi, Pakistan for instance, the sisters treated over 35,000 patients and assisted in 641 births.[10] Furthermore, while in many places the sisters were not allowed to actively proselytize, they were instructed by Mother Dengal to “teach by example."[11] By doing so the sisters were able to convert many to Catholicism, baptizing 561 in Rawalpindi in the year 1944 alone.[12] Today the order still has over 500 sisters active around the world bringing much needed medical attention to those most in need.[13]

Check out our digital collection for more images of the sisters or visit the archives to see other material, such as their periodical, the Medical Missionary. 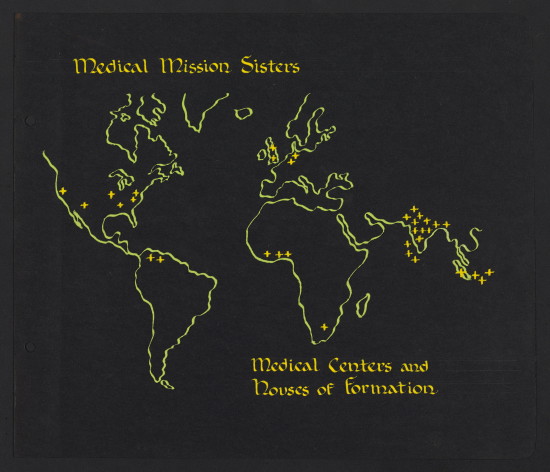 Your ticket for the: Medical Mission Sisters