The Church and Labor 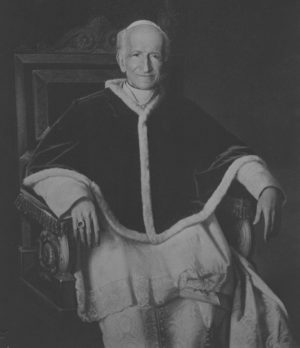 CHRC has a large collection of pamphlets and writings that deal with Catholics and its teaching on the economy. The Catholic Church has a long connection to labor and the plight of the worker, beginning with Pope Leo XIII's famous Encyclical, Rerum Novarum (Latin for Of New Things), published in May of 1891. Pope Leo was reacting to the new economic systems and ideas that had spread around the world, namely capitalism and socialism. He recognized that unrestricted capitalism placed on the "laboring poor a yoke little better than that of slavery," while also condemning socialism for being "directly contrary to the natural rights of mankind."[1]  His encyclical would go on to lay out social changes that could bring justice to society, such as calling for labor unions and living wages.[2]

The impact of Rerum Novarum would ripple throughout the years. Successive popes would issue their own encyclicals echoing the calls of Rerum Novarum, such as Pope Pius XI's Quadragesimo Anno (Latin for Forty Years). Quadragesimo Anno further expended on the idea that the God given right to private property should be directed to the common good and that "Capital cannot do without Labor, nor Labor Capital."[3] Both of these encyclicals made clear that for progress to be made on improving the conditions of all people, all sides need to come together and work in harmony. Nevertheless, both Popes also recognized man's fallen nature and thus called for the state to intervene when needed in order to make sure the use of property is being directed to the supreme end. 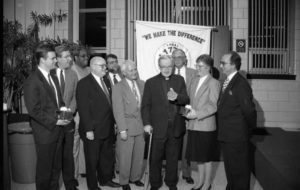 Many Catholic across Europe and America saw the importance of Rerum Novarum, with some comparing its effect on labor to the effect of the Manga Carta on liberty.[4] Msgr. John Ryan, Director of the Social Action Department of the National Catholic Welfare Conference, declared that Pope Leo was the “Pontiff of the Workingman” and that he had “hurled his thunderbolts of authoritative doctrine” against “the world of pagan industrialism.”[5]  Another Catholic theologian at the University of Illinois, Father John O’Brien, compared Pope Leo’s work to the Bill of Rights because it set forth the idea that man is endowed with natural rights in the workforce and that he therefore needs to be treated with justice.[6] For Pope Leo and Pope Pius, these rights meant that for a wage to be just, it must pay enough for a man to support himself and his family.

Despite the praise for the encyclical, there was debate of the implementation of difference aspects of its teachings, especially over labor unions. In America, there was deep concern on the types of labor unions being founded. Some Catholics accused the unions of being too closely associated with socialists and communists.[7] This posed a major problem since the papal encyclicals taught “no one can be at the same time a good Catholic and a true Socialist.”[8] Indeed, many priests and bishops called for the creation of unions with a religious foundation in order to better “restore all things in Christ.”[9] Other theologians, worked on how and when it was just for a union to go on strike. In “the Church the Champion of the Working Man,” Father M.F. Hennelly argued that for a strike to be just it must first use all other means to revolve the dispute and that the potential benefits must outweigh the suffering that the strike can impose on the workers and the rest of the population.[10] 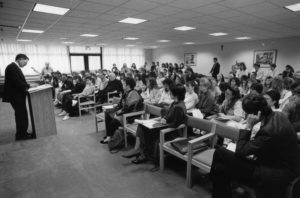 The Bishops of Philadelphia were often vocal in their views of the economic problems in the United States. Archbishop Patrick Ryan was active in labor relations, working on a number of occasions as a mediator between management and labor unions to bring about peace resolutions. In a 1953 Labor Day speech, John Cardinal O’Hara rejoiced in the work that had been done to restore the dignity of labor. However, he cautioned against viewing the economy as a class struggle and against the creation of a “leviathan state” that would lead to the “individual and family’s “absorption by the state.”[11]

Since Pope Leo’s Rerum Novarum, the Catholic Church has placed a special focus on the plight of labor and the need to strive for economic justice. That call has been answered by lay and church leaders alike and continues to be an integral part of the Church’s mission through today.

See the full collection of pamphlets and writings on labor on our online catalog:

Your ticket for the: The Church and Labor

The Church and Labor