In Her Own Right: Jane and Marianne Campbell 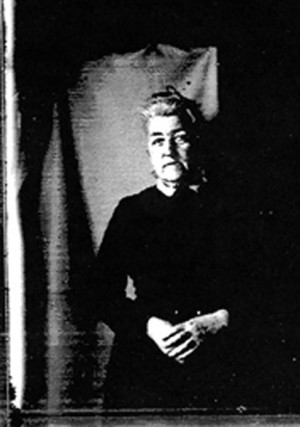 As part of the In Her Own Right project through PACSCL, we have been able to digitize the correspondence of Marianne and Sarah Jane (referred to as Jane) Campbell. As discussed in a past blog post, the sisters were actively involved in the suffragist movement in the late 1800s and early 1900s. In addition to the correspondence, we also digitized their monthly publication, Women’s Progress. Together the journal and the correspondence open a window into these important Catholic activists.

The Campbell family were booksellers based in Germantown and largely involved in the intellectual life of Philadelphia. Jane and Marianne’s father was active in the labor movement and their brothers were founding members of the American Catholic Historical Society (ACHS).[1] Jane and Marianne were also active in the Catholic intellectual circles of Philadelphia. Jane would be elected to the ACHS board in 1894 and serve as its recording secretary.[2]

Jane’s first major role in the suffragist movement was organizing the Women’s Suffrage Society of Philadelphia in 1892 where she served as president for 20 years.[3] She would also work with numerous other groups, including founding the Equal Suffrage Society of Catholic Women.[4] Marianne was head of the art department at the Philadelphia High School for Girls (then the Girl’s Normal School).[5] While not as publicly active as her sister, in 1892 together they started Women’s Progress, which ran for four years. Both were involved in editing the journal as well as writing articles for the monthly publication. 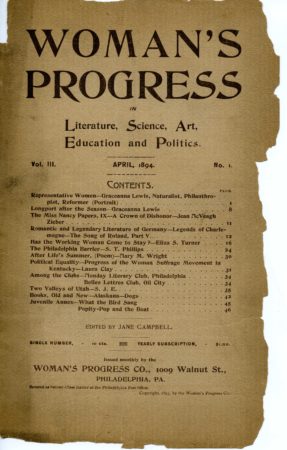 Women’s Progress featured a wide range of topics, from suffrage movements around the country to publishing poetry and stories. The journal began each issue by highlighting the work of a woman activist, author, educator, or scientist. This section called “Representative Women” shined light on the who’s who of women during the 1890s. For instance, the first issue in April, 1893 looked at the life of Mary Grew, a key anti-slavery and suffragist activist.[6] This section often focused on Philadelphia area women, such as Dr. Hannah E. Croasdale, a professor of Gynecology at the Women’s Medical College or M. Carey Thomas, president of Byrn Mawr College.[7]

The correspondence collection of Jane and Marianne gives glimpses into their activism. For example, writing in 1920 from Portsmouth, Rhode Island, Jane stated that “The women in Rhode Island have Presidential Suffrage. I saw the Providence Journal of yesterday...but there was nothing from Tennessee where the battle of the 36th state is being fought, maybe it is already decided but I have no means of knowing for perhaps some days.” (Five days later, Tennessee became the 36th state to ratify the amendment.)[8] 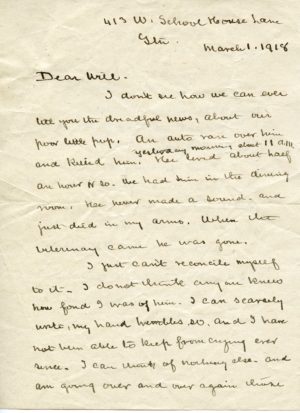 However, on a whole their correspondence deals with more family issues, which offers insights into the lives of these two prominent Catholic women. Letters range from birthday greetings to sadness over the death of the family dog.[9] Much of the correspondence also relates to the travel that the sisters did, from summering in Rhode Island to travelling in Europe.[10] Jane would also often write her brother William, who ran the family bookstore, asking for him to send books to her and her friends, revealing the types of literature read within Catholic women circles.[11]

These newly digitized collections offer a window into a wider range of topics, from the suffragist movement of the 19th and 20th centuries to Catholic family life. And now thanks to the In Her Own Right project they are available to study from around the world.

Your ticket for the: In Her Own Right: Jane and Marianne Campbell

In Her Own Right: Jane and Marianne Campbell