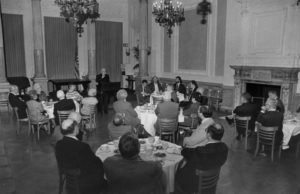 The oldest Catholic lay educational society in America was founded on December 22, 1850 by Father Edward Sourin (later a member of the Society of Jesus).[1] Named, Catholic Philopatrian Literary Institute, it was organized as a fraternal setting in which young Catholic men could “cultivate and improve the minds… and aid in the diffusion of literature and education among men.”[2] Father Sourin was concerned about the lack of education of Irish and German immigrants and saw a lecture and discussion Institute as the means to improve it. On December 14, 1850, Father Sourin had a small meeting where he discussed the idea starting such a group.  The following week, the first official meeting was held at Old St. Mary’s Rectory with 14 men in attendance.[3] There they picked the name Philopatrian, meaning “love of one’s country” and the motto of “Revere the Church thy Mother and love thy Fatherland.[4]

Soon the Philopatrians were meeting at the Athanaeum of Philadelphia and started to build a library of their own. The Institute quickly started having lecture series as well. One of its first major lectures was given in 1851 by Bishop Francis Kenrick, where he discussed the importance of developing Catholic parochial education.[5] Soon after Bishop Neumann would pick up this mantle and created the first Catholic school system. Over the next twenty years the Institute continued to move locations as it needed more space. In the 1870s, it bought its first building on Locust Street, had 500 members, and acquired over 1,500 books.[6] 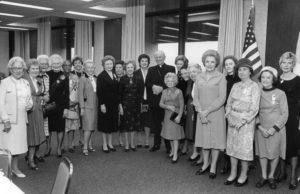 In addition to its educational mission, the group also had a focus on charity work. The Institute would often raise money for the various Catholic orphanages and hospitals in the city.[7] During the Spanish Flu of 1918, the Philopatrians’ building on Arch Street was turned into a hospital to help combat the flu. Called Emergency Hospital #3, members assisted the religious sisters who were acting as nurses.[8] One of their largest undertakings was the creation of an Agricultural Program during World War II. The program was twofold, first it coordinated bulk foodstuff purchases to save money for various Catholic convents and orphanages.[9] The second part developed out of the Philopatrians funding of the Good Shepard nuns’ canning plant. This grew into the creation of the Catholic Institutional Cooperative Association.[10] The purpose of the Cooperative was to take the bulk foodstuff and have it canned for future use to further help Catholic intuitions save money. The plan was so successful that it continued through the 1940s and into the 1950s.[11] 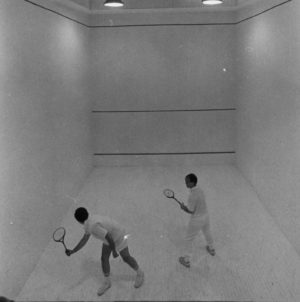 During the 20th century, the Catholic Philopatrian Literary Institute continued to grow. In 1926 they moved to their current location, the Stotesbury Mansion at 1923 Walnut Street. The building with its large ballroom was prefect for lectures and other events and the building was renovated further with other club amenities, such as a billiards room and a squash court.[12] The Institute expanded its membership in January of 1942 with the creation of the Ladies’ Committee.[13] In 1950, the Philopatrians further expanded their focus on education with the introduction of a scholarship fund to help students attend the local Catholic colleges or St. Charles Seminary.[14] 1960 saw the introduction of the annual Sourin award, which was given to someone who “by their exemplary lives have made significant contributions to the twin Catholic ideals of loyalty to God and country.”[15] Over the following years the Philopatrians have continued their work of serving the intellectual needs of the city as well as carrying on their charitable activities.

[7] New Year’s Greetings: To His Eminence, Dennis Cardinal Dougherty and report on the activities of the Catholic Philopatrian Literary Institute, 1944, MC78_80.3436, 8.

[10] By-Laws of the Catholic Institutional Cooperative Association of Philadelphia, MC78_80.3355

Your ticket for the: Catholic Philopatrian Literary Institute