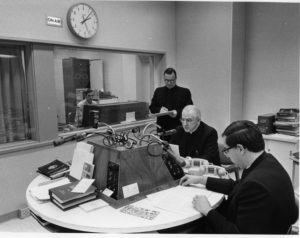 The Catholic Church has a long history of using television and radio to communicate to the faithful. One of the first successful instances was in 1930 with Archbishop Fulton Sheen’s popular radio show, The Catholic Hour. The Archdiocese of Philadelphia began its own radio apostolate in 1944 and would add television in 1964 after the decree from Vatican II to use media to teach the faithful.[1]  The ministry would expand in 1974 when the Delaware Valley Catholic Office of TV and Radio (DVCOTVR) was created by the Archdiocese for the propose of spreading the Church’s message to a wider audience. The office was a multi-diocesan effort, with the dioceses of Allentown, Trenton, Camden, and Wilmington joining the Archdiocese of Philadelphia. Headquartered in Philadelphia and led by the Director of Communions for the Archdiocese, the Delaware Valley Catholic Office of TV and Radio, also called TVR Productions for short, hoped to reach the 2.6 million people living in the tri-state area.[2] 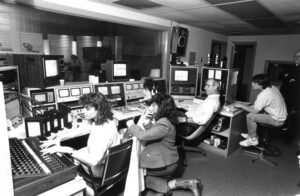 The idea for a cooperative amongst the dioceses dated back to 1967 when Cardinal Krol was developing guidelines for hiring a Director of TV and Radio, with the hopes to counter the secularism and materialism rampant in mass media.[3] The struggle was trying to produce programs that would appeal to the public and not just to the very devote. In 1969, one of the first major successful joint programs was produced between NBC and the National Catholic Office for Radio and TV. Guidelines was a four episode series featuring panel discussions on Catholic renewal.[4] 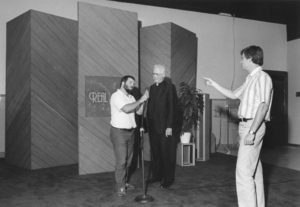 With the creation of DVCOTVR, the office focused initially on radio programs, producing shows such as Up On Air, The Sane Society, and Breakthrough. TV production focused on TV Mass aired on WPVI.[5] In 1981, the office created a new show called Real to Reel. The 30 minute magazine style show sought to “promote gospel values by producing and distributing television programs which educate, challenge, encourage and inspire local audiences by sharing stories of people living their faith.”[6] The program was a mix of local features produced by TVR and national stories syndicated by a company called DABAR.[7] Over the years, the show featured a wide range of segments from preserving St. John Neumann’s remains to interviews with Mother Teresa to even mime performances. 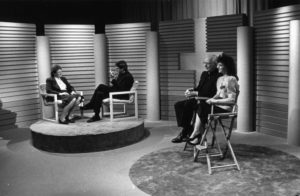 In 1990, Catholic dioceses around the country formed a national cooperative for producing and sharing segments called the Diocesan Producer Group.[8] Soon after, DVCOTVR took over full production of Real to Reel and changed the shows name to Catholic Magazine. With the change, Catholic Magazine focused more attention on local features as well as interviews with prominent Catholics in the tri-state area. The show also featured teen talk segments and in depth looks into parish activities. In 1994, DVCOTVR ceased producing the weekly program.[9]

Episodes of Real to Reel and Catholic Magazine have been digitized and are available to watch on our YouTube channel. More episodes will be added over the coming months.

Your ticket for the: TV and Radio