On December 8, 2000, Anthony Cardinal Bevilacqua called for an Archdiocesan Synod to be held in 2002.[1] He planned it to build upon the years of preparation that were done for Catholic Life 2000 and the new Catholic millennium. A synod is a “group of selected priest and other member of the Christian faithful who offer assistant to the diocesan bishop for the good of the whole diocesan community[2]. The goal is to help inform the bishop by reviewing current polices and programs and make recommendations for the future.

Prior to this, there had been a total of nine synods held to discuss and determine procedures for the running of Archdiocese of Philadelphia. The first one was called by then Coadjutor Bishop Francis Kenrick to deal with administrative issues arising from the issues on trusteeism.[3] The most recent one was held by Dennis Cardinal Dougherty in 1934 to look at responsibilities of priests and aspects of the Mass such as length of sermons.[4] 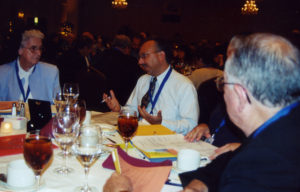 This 10th synod was almost the 11th, as plans were in place to hold a synod during the 1960s during the episcopacy of Cardinal Krol.[5] Two years of work went into this proposed synod with commissions meeting every two weeks to discuss topics from the magisterium to divine worship.[6] However, after the preparation was completed in early 1966, it was decided to cancel the official synod as the larger Synod of Bishops was taking place in the aftermath of Vatican II.

The 10th synod as organized by Bevilacqua officially opened on September 15, 2002 with a Mass at the Cathedral.[7] In his homily, Bevilacqua stated that through the synod they will “work together united by the common purpose of strengthening the witness of the Church” and that it will make “Christ more clearly present, [and] more visible in our lives.”[8] Unlike the synods of the past, this one would involve laity and in fact about half of the 250 members would be lay people.[9] Participants would be nominated by their peers so priests would elect the priests to represent them and the parishes would select members to be put forth. 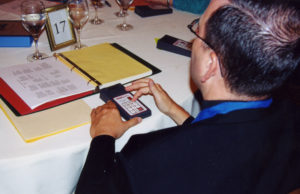 In the two years leading up to the formal sessions, the archdiocese solicited topics from parishioners and invited them to mail in suggestions.[10] These suggestions helped inform the small group meetings held during 2001, which narrowed down the topics to a total of nine themes that would be discussed in the formal synod sessions. Adult faith formation, Catholic education of the youth, and youth and young adults, evangelization all looked at the teaching of the faith.  The other themes were marriage and the family, roles of service, spirituality and the call to holiness, moral and social issues, and the liturgy.[11]

Six sessions were held form September to November of 2002.[12] Members would listen and discuss the various proposals and vote on resolutions. After the process was completed, the final approved documents were sent to Bevilacqua to review and decide which if any of them to promulgate. The following May, the Archdiocese released its decrees of Synod Enactments.[13] The norms ranged from requiring all parishes to have coordinators for both adult faith formation and youth groups to forming a committee to review the liturgical practices and work to increase participation in the liturgy.[14]

The synod was considered a success and helped guide the direction of the archdiocese over the past twenty years.

[8] Anthony Cardinal Bevilacqua, Homily for the Opening Mass for the Tenth Synod of the Archdiocese of Philadelphia Cathedral Basilica of Saints Peter and Paul September 15, 2002, 2004.063

Your ticket for the: 10th Synod