Mary Brackett Willcox and Catholicism in the Suburbs 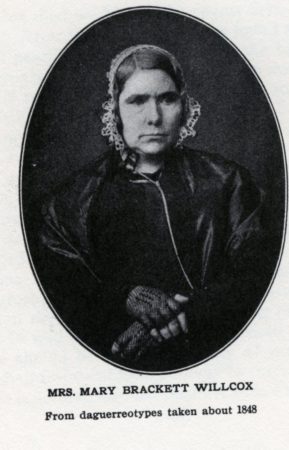 A New England Puritan becomes a prominent and influential Catholic in the Diocese of Philadelphia. An unlikely story but one that happened to Mary Brackett. Mary was born in 1796 in Massachusetts to Captain James Brackett and Elizabeth Odiorne.[1] In 1819, she married James Mark Willcox from Ivy Mill, PA.[2] James’s grandfather founded the paper mill in Ivy Mills in 1726, which would go on to print paper for Benjamin Franklin and money for the United States.[3] The Willcox’s were a pioneering Catholic family in the area and were responsible for creating what would later become St. Thomas the Apostle Parish in 1729. This mission, based out of the family house, would be considered the first parish in the diocese.[4] Despite marrying into a large Catholic family, Mary remained deeply Protestant and is reported to silently protest her husband’s Catholicism, even slamming doors to distract the small congregation during Mass.[5] It would not be until 1827 that she would be baptized into the Catholic faith. Later in 1842 she would be confirmed by Bishop Kenrick, who would become a close friend to Mary.[6] 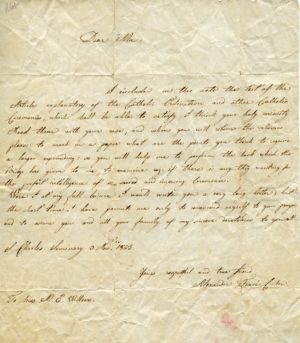 After her conversion, she fully embraced her new faith. Every summer, Mary and James invited Kenrick, other priests, and seminarians to spend time at their home.[7] Over time she would develop special relationships with the seminarians to the point that in letters they began referring to her as “Ma” or “Mother”.[8]

When Mary first arrived, there were only a half a dozen Catholics served by the mission.[9] By the mid-1800s, the small chapel in the house was inadequate for the now 500 parishioners. Mary would help in funding the building of the first standalone church building for St. Thomas in 1852.[10] St. Thomas Parish would go on to be called the cradle of Catholicism of Delaware County as roughly a dozen parishes would grow out of its various mission churches.[11]

Her manuscript collection contains important correspondence with leading Catholic figures of the 19th century, such as Father Edward Sourin and Father Patrick Moriarty.[12] Letters she received from various priests also give insight into the growth and struggles of the Catholic Church. One letter from a priest in Texas spoke of the missionary work there, while a letter from 1844 refers to the danger of being Catholic during the Nativist riots in Philadelphia.[13] 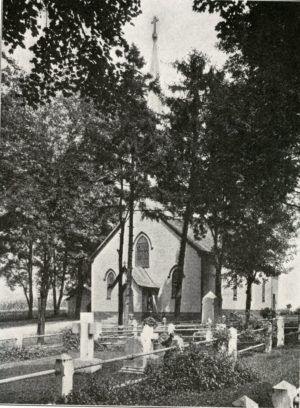 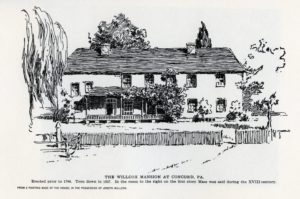 When she passed away at the age of 69 in 1866, she was described in her obituary as having “embraced her adopted religion with all the steadfastness, ardor, and enthusiasm her warm heart was capable of.”[14] Bishop James Wood would preside over her funeral, which was attended by dozens of clergy and over a hundred mourners.[15] Mary Bracket Willcox’s collection sheds light on the vital role she played in the growth of Catholicism in the Archdiocese. In addition, it shows the growing pains of the Church and the daily life of the 1800s.

Check out the finding aid for Mary Brackett Willcox's collection to see what other correspondence we have in the archives.

Your ticket for the: Mary Brackett Willcox and Catholicism in the Suburbs

Mary Brackett Willcox and Catholicism in the Suburbs